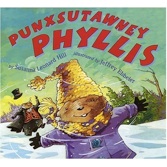 I love hearing how picture books evolve- from that very first second when the seed of an idea is discovered to the final draft.


It's morning drop off time.
Child number one, who is 5, gets dropped at Kindergarten.
Child number two, who is 3, gets dropped at preschool.
Child number three, who is 1, stays in her car seat and puts anything within reach up her nose.
Child number four, (who some mistake for a dog although she is actually a human trapped in a dog's body), licks the window experimentally to see if child number two left anything good there - always a distinct possibility - and yes! score! there is a trace of strawberry milk!
It's really best if you never look inside my car. It's called the Dogmobile for a reason :)
The morning is gray. The sky spits ice. Dirty snow is lumped along the road sides. Everything looks defeated. Whose idea was winter anyway?
As I drive toward home, the baby sneezes - has she found something to put up her nose or is this the onset of a cold?
I wish for an early spring.
Just then, the radio DJ announces that Punxsutawney Phil has come out of his hole and declared 6 more weeks of winter.
In my sleep-deprived state I have forgotten that today is Groundhog Day.
I think - hunh! 6 more weeks of winter! Why doesn't spring ever some early?
Then I think - why is it always Punxsutawney Phil? Couldn't a girl groundhog do the job?
And then I think - HEY! I have an idea for a story! and suddenly I feel a little less grouchy about the weather :)

This is how stories often come to me - in the middle of everyday life, a piece from here, a piece from there that suddenly seem to fit together. And that is where the idea for Punxsutawney Phyllis came from while driving my kids to school on a gray February morning - Groundhog Day weather prediction, girl instead of boy, early spring.

All morning while I played with the baby, folded laundry, (wait, who am I kidding all morning - anyone who has kids in preschool knows they only stay there long enough for you to drive home and load the dishwasher before you have to turn around to go get them!), but anyway, as the morning passed I made up that story in my head. I thought up the first sentence and rehearsed it so I could remember it until I had a chance to write it down. "It was February 2nd. Down in the groundhog hole things were stirring, but not very much. Mostly there was a lot of snoring and rolling around."

OK. Hold on there a second. Before you start judging me for my GACK-awful beginning, let's just remember - we've all got to start somewhere!

TO BE CONTINUED
Posted by Corey Schwartz at 2:48 PM
Email ThisBlogThis!Share to TwitterShare to FacebookShare to Pinterest

Thanks so much for having me here today, Corey! I'm in the middle of a computer meltdown which is making it impossible for me to do ANYTHING!!!!! *pulls out hair in frustration* but I will try very hard to check in if people have questions. I wish I understood technology!

Ha! I love it. Stories still come even when we don't have time for them. Yay for you for being able to remember it until you had time to write it down! Can't wait to read Part 2.

To be continued???? I can't wait! I love this description of how Phyllis came to be. And I LOVE how you rehearsed your first sentence because I have one it so many times....only to look at it later & wonder how I thought that could draw in readers :•) I hope one day my first revised sentences will be published like yours, Susanna. I'm enjoying your interviews. Really good stuff.

Corey~Thank you for taking the time to interview Susanna. I am following you now and look forward to reading your books. The titles have such appeal!

I really enjoyed this interview of Susanna anf her book. I look forward to more interviews.

Heather, Penny and Deborah - thanks so much for coming by and taking the time to read! :)

I enjoyed reading this "Story behind the story". It gives me hope. It is where I am at right now -- taking care of kiddos, rushing to school, laundry (which never seems to end, and then rushing back to school. Thanks for sharing Susanna!

Loved hearing the beginning of the beginning of Phyllis -- and I love the way Susanna told the story, so that we felt every rushed, exhausting moment of the morning but also the uplift of working on the new idea while attending to the everyday duties. How well I know that repeating in one's head, hoping one won't lose those "perfect" words (even if they get revised beyond recognition later, they WERE perfect as the catalyst for beginning the process.)

I love everything about how this idea hit her. Looking forward to reading more!

Ha! Ha! As another one of those writers trapped in a mom's body, I loved this guest post, and can't wait to read more. Thanks for hosting it!

Eric, Beth, Rebecca, and Faith - thank you all so much for stopping by, reading and commenting! I'm glad everyone can relate :) Sometimes those busy days with kids make you think you'll never be able to write, but then, it's the kids that end up inspiring you :)

Yes! Other people use their sleep deprived state as a goldmine of story ideas, too! I knew it wasn't just me!

And Puxatawny Phyllis is SUCH a great idea!!

EXCELLENT! Susanna, your voice shines through even in these interviews. I can't wait to read part 2! :-)

Love hearing how others create! Great story and interview :)

Susanna's talent is so evident from this sharing.... i felt we were already in a story!

I often find myself repeating those 'must-not-be-lost lines on the motorbike!!

I love to hear how stories begin. Thanks for sharing. Plus, I may be getting a glimpse of my future — what to do during preschool. Yikes only enough time to drop off and turn back around (I'm blocking out the dishwasher and folding clothes part).

Julie, Coleen, Joanna, and Stacy - you guys are all so nice! Thank you for your kind words and for coming over to read!

And Corey, 2 people mentioned they had been unable to post because of a capcha problem - I don't know what that's about because it seems to be working, but just passing the word along...

Enjoyed learning how the author came up with the idea for the book. Cute cover.

I loved reading about your life as a young mother as much as reading about the birth of Phyllis (one of those story ideas that make me say, "Why didn't I think of that!"). It brought me right back to when my kids were young - thanks for the memories :-)