Vote with Your Hope 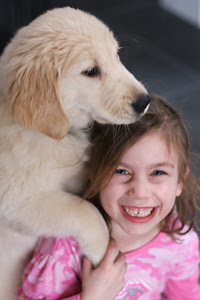 I should be in a better mood. The long, cold, bleak month of January is over. And February with its light, frivolous holidays is half done. Despite the fact that Punxsatawney Phil saw his shadow, spring is still around the corner.

Thing 1 and Thing 2 came home from school on February 1st talking about groundhogs and predictions. "We had to vote on whether or not we think he'll see his shadow," Thing 1 explained.

"What was your vote?" I asked her.

Why can't I be more like Jordan and vote with my hope?
Posted by Corey Schwartz at 12:57 PM
Email ThisBlogThis!Share to TwitterShare to FacebookShare to Pinterest

Vote with your hope - I love it! I believe your WIP is probably hugely clever and you just have the jitters. :-)

Your kid is like a little Gandhi. Totally freaks me out.

We should all vote with our hope.

And don't worry about the WIP!!!

It's going to be great. There's nothing wrong with setting the bar high for yourself, you know. You can do it!

However, I recommend starting another one, just for fun...so when something isn't working on one project, you can work on the other.

well, if this means anything...i LIVE for your blog posts. i love each one, and i have no idea where or how you come up with these seemingly small tid bits of life, that are somehow so meaningful/fun/interesting to think about! love you!

Voting with your hope is hard because it means letting go, spreading your arms, and hoping you know how to fly. But you can do it. :)

Vote with your hope...I love it.

You're witty and clever with many more fabulous ideas to come. You never know when inspiration will strike.

And, I love that puppy.

I agree with Shelley. Start another one. Better yet, start a quilt! I've been on a roll while working on that thing...however the quilt doesn't look that good, lol!

Whatever that kid is eating and reading: keep it up!

What a fantastic saying! I love it!!

My hope is this: the groundhog is only right 39% of the time.

Although I'm suspect since it's Feb 15 and I still have 23 inches or more of snow on the ground.

Ok, THAT is profound. I want to vote with my hope too! We could all take a lesson from little miss Jordan

girl I feel your plain. I feel the same way right now. *sigh* But I know you can do it!

Yes, yes, vote with your hope.

That is what that little bird deep inside of my symbolizes. Well, you probably understood that!

Thanks for your touching comments on my blog and email btw. It meant a lot to me.

That picture is so darned CUTE. I'm voting with my hope, otherwise things are just be too depressing. I have a feeling your WIP is wonderful! Hang in there.

So, I woke up this morning thinking my current WIP was um, what's that word for stinky?

I took a break and stopped by here. Oooooh, no I get it. I forgot hope.