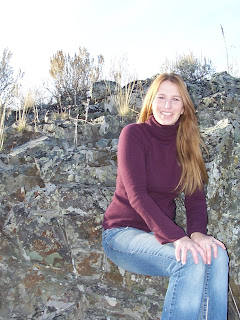 Here is the second half of Heather's fascinating journey. And a huge congrats to her on the release of her debut picture book, BEDTIME MONSTER.

Bedtime Monster was illustrated and put into the Spring 2009 catalog. Unfortunately, there was still more waiting to come. Raven Tree Press sent the illustrated book out on an initial test and the results came back negative.

WHAT? Publishing houses run focus groups??? (I've always said they should, but never knew they actually DID!)

Readers found the illustrations too dark and scary. Luckily, they liked the story, and Raven Tree Press believed in it, so they set out to find a new illustrator with an eye towards Spring 2010 publication. I was a bit shocked.

Holy cow! Wouldn't it make sense to do some initial tests earlier? Like... before an entire book is illustrated?

I didn’t know these sorts of things were done, but I was also pretty glad about it. I hadn’t taken a real liking to the initial illustrations myself. I mean, they were good. The monster was monstrous. But it was certainly not a sweet rendition of a bedtime monster as I had imagined. It was more of a big kid scary type of monster, and Bedtime Monster is a story for younger children in the learning to go to bed period of their life. I didn’t want them to be afraid of the monster, I wanted them to relate to him.

So, here we are in October of 2008, and I decided to take the opportunity to speak up about how I saw the illustrations, soft and having a sweet and innocent appearance. They listened. In March ‘09 I found out that Bonnie Adamson was illustrating Bedtime Monster when I received the cover illustration. I was thrilled. The color palate was soft and colorful. The shadow was mysterious. I looked up Bonnie’s website. Her illustrations were adorable. I couldn’t wait to see what Paul looked like.

In January 2010 I interviewed Bonnie for my Illustrator of the Month feature on my blog. She sent some sketches of Paul the boy and Paul the monster. I was delighted because he was adorable! Bonnie told me the illustrations would be completed by the end of February. In the interim, I was sent edits on the manuscript. A few things had been cut so I suggested some additional changes. We also developed activities to go along with the book and those extra sorts of things needed for promotion.

April 9th brought a new surprise. My editor stepped down from her position. I was told I was going to be left in capable hands, but wasn’t specifically told that my book was still going to be published so, as a natural-born worrier, I worried! Luckily it wasn’t too long before I was reassured that Bedtime Monster was still a go.

Phew. It’s been an interesting ride. Hopefully I’ll get to go on another one soon.
Posted by Corey Schwartz at 2:08 PM
Email ThisBlogThis!Share to TwitterShare to FacebookShare to Pinterest

It must be so awesome to be holding the finished book in your hands after all the trouble it took to get it published.

Very cool story, glad you hung in there despite all the challenges!

Interesting to see how much work goes into a picture book.

So much work! Thanks for sharing your story.

Wow. I didn't realize they could choose to not go with the illustrations after the contracts were signed etc! I' assuming they still paid the illustrator his advance? Crazy! Congrats on your book though!!

Wow ... I had no idea! Very fascinating! Great interview!

After all the detours, that's great your own story had a happy ending.

See, there are no small books. They all require a lot of work and perseverance, and patience...and opinions...and reviewers...and...well, you get the idea.

Wow - focus groups! I had no idea that was part of the process. Chalk that up to one more thing I've learned about publishing along this winding path.

Focus groups? Ditching the original illustrations (and illustrator) after the book was already basically done? I had no idea the Publishing industry held so much drama.

Congratulations on the publication of your book! YAY!

Yay, Heather!! What a great story. It really shows how the path is windy with unexpected turns. Sounds like you navigated it well!!

Congrats on your work Heather!

Thanks for all the kind words everyone! It was quite a journey. A big THANK YOU to Corey for inspiring me to share it.

I had no idea a publisher might change the illustrations either!

It's nice they were so invested in the book as to want to make ti right.

(I'd love to see what the first pix looked like.)

Thanks for telling us your story. The cover is adorable. :)

I think pub houses running focus groups is so cool! That would be so useful in SO many genres. I think for now I'll have to settle with my crit partners. ;)

I was tempted to show one of the first illustrations, but I wasn't sure if it was a good idea--or if I'm even allowed!

Congrats again, Heather! Can't wait to get the book in the bi-lingual version, which is AWESOME.